Chico Freeman premieres a new work celebrating his musical journey and his family
The Legacy Project with The Chico Freeman Orchestra
Thurs, June 23, 2022, 7pm
Reva and David Logan Center for the Arts, 915 E. 60th Street
$35/$15 for 21 and under
(Chicago) In honor of the legacy set by his legendary family, Chico Freeman has composed a new extended suite, “The Legacy Project,” orchestrated by John Kordalewski. Celebrating his grandmother Earle Kree Freeman, grandfather George Freeman Sr., father Von Freeman, and uncles George and Bruz Freeman, this new work will be performed by the nineteen-piece Chico Freeman Orchestra and premiere at the Reva and David Logan Center for the Arts at the University of Chicago. An all-star Chicago ensemble will feature include Dee Alexander, Ari Brown, Mike Allemana, Richard Johnson, Ernie Adams, Victor Garcia and Geof Bradfield, with special guest George Freeman.
This new work will be presented in partnership with the Logan Center, and made possible with support from Jazz Road, a national initiative of South Arts, which is funded by the Doris Duke Charitable Foundation with additional support from The Andrew W. Mellon Foundation, The Southside Jazz Coalition, The Chicago Park District, The Jazz Institute of Chicago and the Epiphany Center for the Arts.

Heralded as one of the most important saxophonists of our 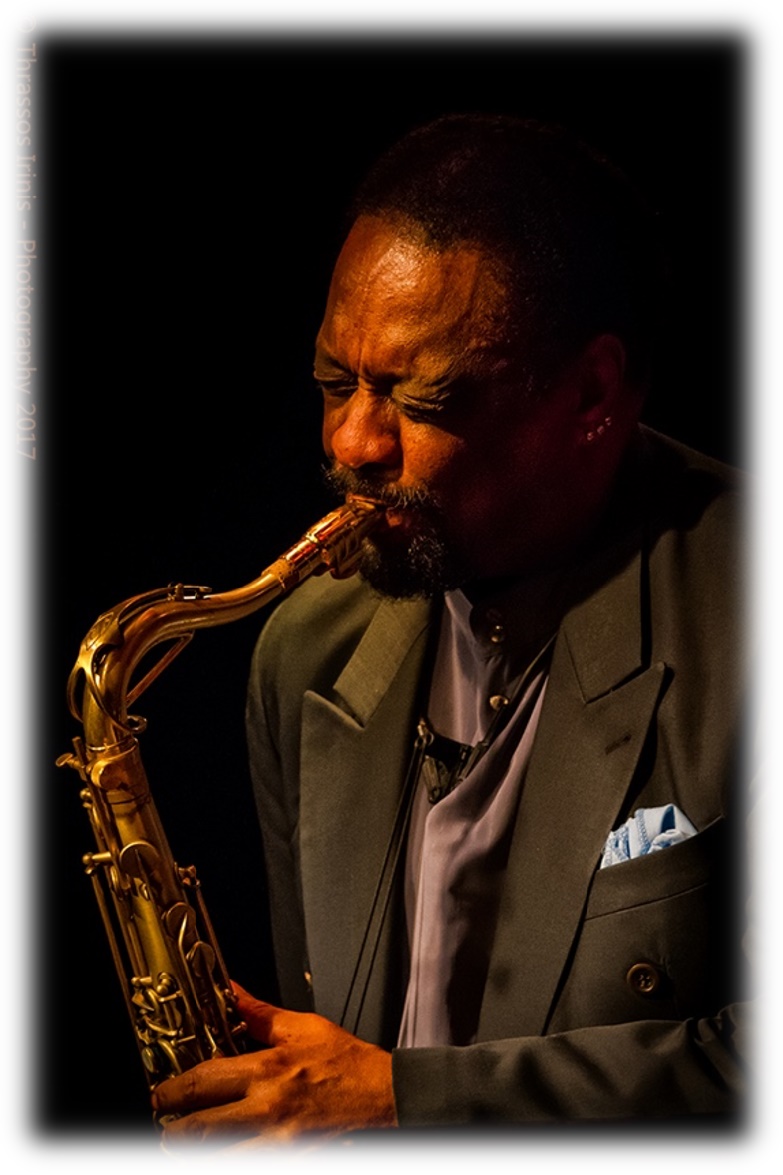 time, composer and producer Chico Freeman has perfected
an immediately recognizable approach to improvisation and
composition, blending what he has experienced from his
past and providing fluidity into a future of infinite musical
possibilities. As part of the Freeman family legacy of
Chicago—including his father, legendary NEA Jazz Master
saxophonist Von Freeman, and his uncles, guitarist George
Freeman and drummer Bruz Freeman—Chico has amassed a
diverse résumé of performing R&B to blues, hard bop and
avant-garde. Chicago has more than 30 albums as a
leader/composer and is a 2-time GRAMMY® nominee and
worked with a long list of jazz greats including Sun Ra, Sam
Rivers, Billy Hart, Roy Haynes, Wynton Marsalis, Bobby
Hutcherson, and John Hicks, as well as Latin music greats
such as Chucho Valdes, Tito Puente, and Machito. His
writing for film, television and theatre has won him awards
in Austria, Germany, Canada and Italy. His recent recordings
“Spoken into Existence,” “The Essence of Silence,” and “The
Arrival” are testament to his continued high level of creative
output
——————————
Guitarist George Freeman has been a crucial figure on the Chicago jazz scene since the 1940s when he
and his brothers Von and Bruz Freeman were the house band at the famed Pershing Hotel backing such
jazz greats as Lester Young and Charlie Parker. George has performed and toured in the groups of Jackie
Wilson, Groove Holmes, and Gene Ammons and has been leading his own projects in Chicago for several
decades.
——————————
Guitarist Michael Allemana has been performing in Chicago since the 1990s, including fifteen years with
Von Freeman at the New Apartment Lounge. In 2020, Mike earned his PhD in Ethnomusicology from the
University of Chicago with a dissertation that explores in part the contributions of the Freeman family to
Chicago cultural history. George Freeman and Mike have been performing together since 2013 with the
George Freeman/Mike Allemana Organ Quartet featuring Bernard Purdie and continue to rehearse and
develop new musical endeavors, including a new duo project.
——————————
John Kordalewski is leader, arranger, and pianist for the Boston-based Makanda Project, a 13-member
ensemble originally formed to explore the previously unrecorded compositions of Makanda Ken
McIntyre. Over the past 17 years, the group has established an important presence in the Boston scene
through regular, self-produced free concerts in community-based settings. In addition to arranging over
60 of the McIntyre compositions for this group, he has worked as an arranger with Michael Gregory
Jackson and South African musicians Feya Faku and Ndikho Xaba. He has been collaborating with Chico
Freeman since 2018. As a pianist, he currently performs with the Ricky Ford Quartet, leads a trio, and
has worked with Carl Grubbs, Webster Young, Oliver Lake, Odean Pope, Charlie Rouse, and many more.

TICKETS
This event is open to the public. Tickets are $35, $15 for 21 and under.
Tickets can be purchased at tickets.uchicago.edu

PRESS CONTACT
For more information regarding the program, please contact Leigh Fagin (lfagin@uchicago.edu)
with the Reva and David Logan Center for the Arts at the University of Chicago
(arts@uchicago.edu).

In March 2020, I caught the last flight out of Moscow before the borders closed due to Covid-19 with no way of getting back to the U.S. Locked down in Europe and self-quarantined in isolation, I watched events around the world unfold. Wanting to contribute in some way, I reached out to my musical family online to do something to help heal and inspire. Bill Withers’ song “You Just Can’t Smile It Away” seemed perfect. It is a compellingly simple version, recorded online using new technology, with me playing saxophone, vocals by Yatron in Texas, keyboards by Jeremy Mage in Switzerland, synths by Jan Pulsford in London and mixed at Mothership Studios by Merlyn Bruce in the UK., resulting in my first release on Efficacy Recordings. chicofreeman.bandcamp.com/releases

All proceeds will be donated to chicagohopesforkids.org

Howard Reich speaks with saxophonist Chico Freeman, who carries forth the legacy of his father, tenor saxophone giant Von Freeman, and will return to Chicago to play the Jazz Showcase. Read the Full Article

Looking forward to making my debut at the Blue Llama Jazz Club in Ann Arbor. I’ve heard great things about this venue. I’ll be there one night only, Sept 25th for two shows: 7PM and 9:30PM. I’ll be playing tenor sax with a great band: Zaccai Curtis on piano, Essiet Okon Essiet on bass and Ernie Adams on drums. Both shows will be webstreamed on JazzCorner FB page The Chico Freeman Quartet is making their debut at Jazz Forum in Tarrytown, NY April 5 and 6 with 2 shows each night! Chico has a new group made up of great musicians: Zaccai Curtis – piano, Essiet Okon Essiet – bass, Jason Brown – drums for this special engagement. . We’ve heard the intimate Jazz Forum sells out quickly, so make your reservations now! 914 631-1000 or go to www.bit.ly/2Sg3SvU. I’m pleased to bring my American group with Anthony Wonsey on piano, Kenny Davis on bass, Rudy Royston on drums and from the UK, we have the great Anthony Kerr on vibes performing on July 5 on the Main Stage at the Gent Jazz Festival in Belgium at 20:30.

It is has been a while since I last played the North Sea Jazz Festival, so it’s very gratifying that I bring my own group to the world renowned festival. We’ll be closing out the Madeira Stage following Netherlands.NL, Jazzmeia Horn, and Fred Hersch Trio.

After the finale of the World Cup, we’ll have our own celebration as we’ll be performing at the Bix Club with me on tenor, Rudy Royston on drums, Kenny Davis on bass and Anthony Wonsey on piano. I hope you’ll join us. Then, Sunday June 10 is going to be really special at Bach Dynamite and Dancing Society. It’s been a long time since I’ve played at this wonderful venue on Half Moon Bay and it’s also a reunion with me, drummer Billy Hart and pianist Fred Harris who together were part of the Leaders, plus we are introducing a wonderful young bassist from Seattle, Evan Flory-Barnes. Tickets